The day begins earlier than Tad would like … thanks to his discovery the night before.

The police department cordoned off the area and several officers, some in full bodysuits, can be seen going about their business.

May asks a lot of questions while eating breakfast, questions Tad really doesn’t have answers for, and then when she mentions finding out from the officers he quickly realizes he needs to do something before she gets them all into trouble.

“How about we spend the day at the festival?”

May collects flowers and learns how to roller-skate. Tad keeps an eye on her while also entertaining Ice and then they take a family picture at the photo booth.

“This will look nice hanging on the wall at home.”, May says.
Tad smiles because this is the first time she has called their place home.

*achoo achoo achoo*
After yet another round of sneezing and wiping her itchy eyes, Tad realizes that May is having an issue with the high pollen count and they grab a taxi to head over to the clinic.

“Dad, I’m a big girl now and can handle going to get a shot all by myself.”
Tad’s eyes suddenly get moist when he realizes his little girl isn’t so little. He lets her go with a quick hug and quietly waits in the taxi until she walks inside the building.

He and Ice go to the library to read a few more books. It’s a bit unsettling having Jeffrey Castor hover but perhaps the teen is remembering moments like this from when he was a little one. 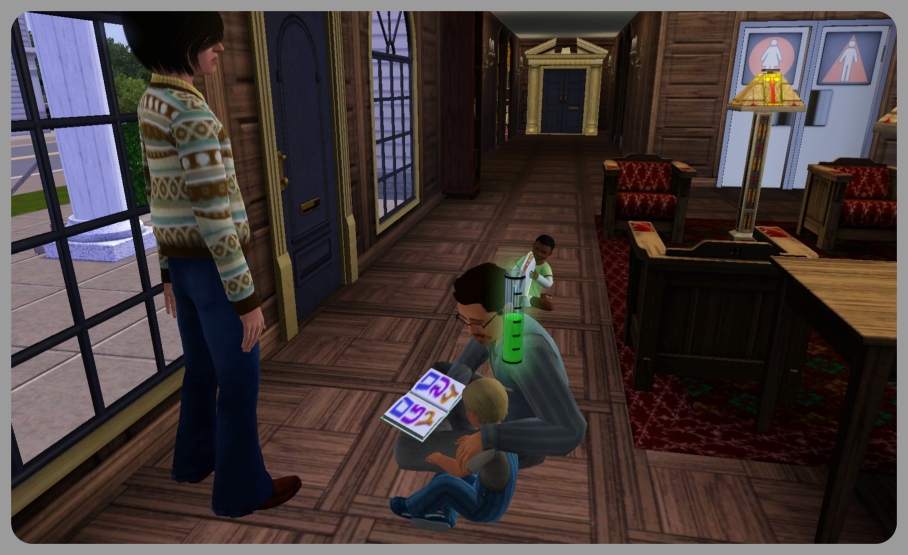 After her shot is administered May finds a few small animals, fish and several toads to turn in at the science center. “Holy simolee, these toads are HUUUGE!”, she says out loud.

Tad gets the call he has been waiting for! The police department is done and has given the all clear for them to go home again.

Walking up the well-beaten path, Tad can easily see the difference between this morning and now. The tents, barricades and miscellaneous equipment are gone.

Workers from the department of transportation came and cleared a path to the property. Tad isn’t sure if this was in response to his request or done for the officers needing easier access to the skeleton, but he’ll accept it either way.

With the sky full of stars and crickets being the only sound he can hear, it sure is pleasant to stand here and look at their home. What a difference a few days has made! 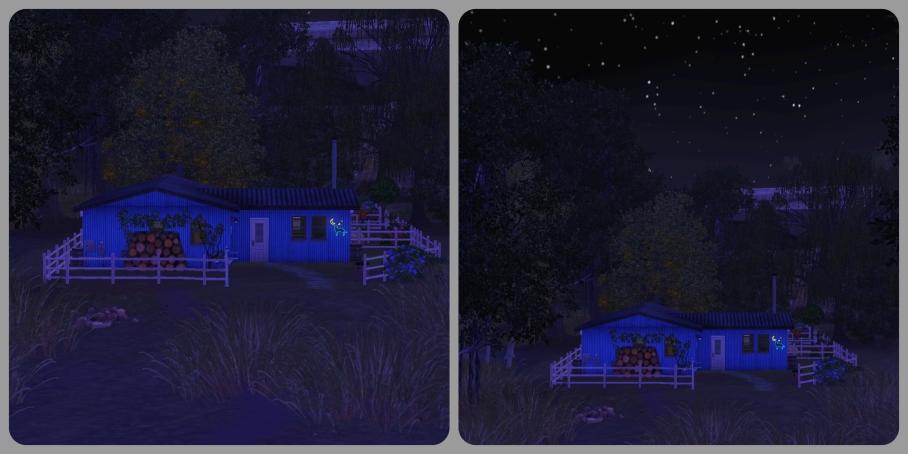 Tad isn’t the only one admiring the view. He keeps a close eye on the raccoon and is ready to chase it into the water if the critter comes anywhere near his garbage can.

May arrives home a few minutes later and tells her dad and brother about her day while handing over the simoleons she received.

After a quick dinner, May heads off to bed. Tad hands a stuffed bunny toy to Ice so he can take care of the dirty dishes. He wonders what May is dreaming about tonight. 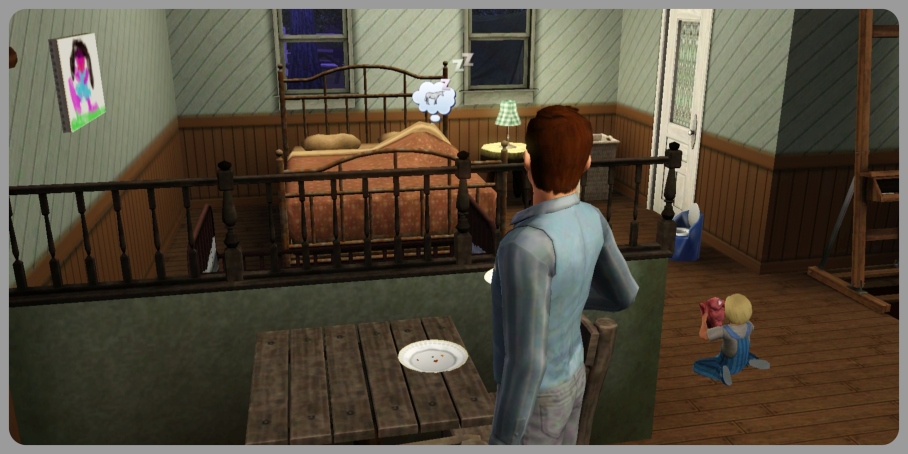 He snuggles his son and puts him in his crib before heading outside to check the mail. Besides the bills, which he can afford this time, there are a couple of official letters.

The letter from the police department informs him that the skeletal remains are of one Connor Olin Nebber, prankster and brother of the infamous conman Conrad Owen Nebber. While it isn’t clear if the death is a prank gone wrong, the judge is inclined to rule it as death by misadventure until evidence supports otherwise. Tad Pole will not be considered a suspect since Connor disappeared from Oasis Springs more than a year ago and there is nothing linking him to Tad. “Thank goodness for that! My becoming a suspect would risk May and Ice being placed into care, breaking their hearts and mine.”

The letter from the department of transportation informs him of the completed roadwork. “I’m glad it was done but this means my taxes will be raised as a result.” *SIGH*

Thank YOU for reading & leaving a comment. Both are awe-sim!!! Cancel reply

This site uses Akismet to reduce spam. Learn how your comment data is processed.